YellowTieGuy’s first studio release since 2016, “Information” was not originally how the band intended on launching new music into the world, but was rather a response to the death and murder of George Floyd which occurred on May 25, 2020 and sparked the Black Lives Matter protest movement worldwide. The song was written 2016-2017 during the protests of the Dakota Access Pipeline as well as during the separation and imprisonment of immigrant families crossing the border into the United States.

“Information” peers into the human desire for personal attention through social media, where it is easy to feel like a part of a movement simply by sharing a post, or liking and commenting on the posts of others. This song is meant to acknowledge our need to focus on doing the right thing each and every day and to draw our attentions to the world in front of us to make a one-on-one human connection; not just to live online.

“I have a bit of a love hate relationship with social media,” comments YellowTieGuy vocalist Daniel Warren Hill. “I have had some truly personal experiences that would have never happened without some sort of social media platform, and my ability to connect with people from all over the world has been an incredible gift.” Hill also acknowledges the other side of the coin: “The internet is not always the most authentic place. People say and do things online they might not ever say or do in person. There is often an immediate and emotional response to stimulation, rather than then giving time for reflection, consideration, or thoughtfulness in our interactions. So, I always try to remember there is a person on the other side, looking at the world from their own screen.”

Thoughtfulness is the centerpiece for this and future YellowTieGuy releases. “Information” is the first of five brand new songs being released by the band as part of their upcoming EP entitled The Inevitable Unexpected. The EP’s original working title was called The DMV Music Project because the band was inspired by The Foo Fighters’ Sonic Highyways, which originally appeared on HBO, highlighting the recording experiences in various studios with guest producers and musicians. YellowTieGuy is looking to duplicate that, albeit on a bit of a smaller scale.

“Being within the Washington DC, Maryland, and Virginia region, we wanted to show off the incredible talents of various artists and industry contributors there are in this local scene,” says Hill. The Inevitable Unexpected has contributions being made by various talents in areas of audio production and engineering, artwork, photography, and even other musicians.

The band intends to release these songs as singles leading up to the release of The Inevitable Unexpected EP on November 20, 2020. “Information” is is available to pre-save on Spotify and iTunes now, and can be found on all major platforms July 30th. 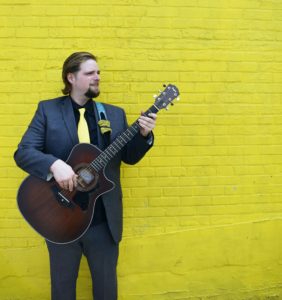 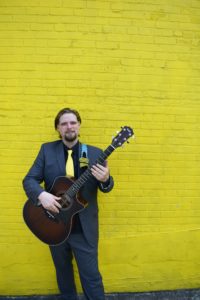 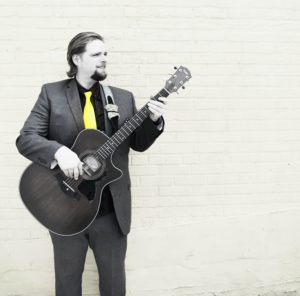 Join us on your favorite social media platform: